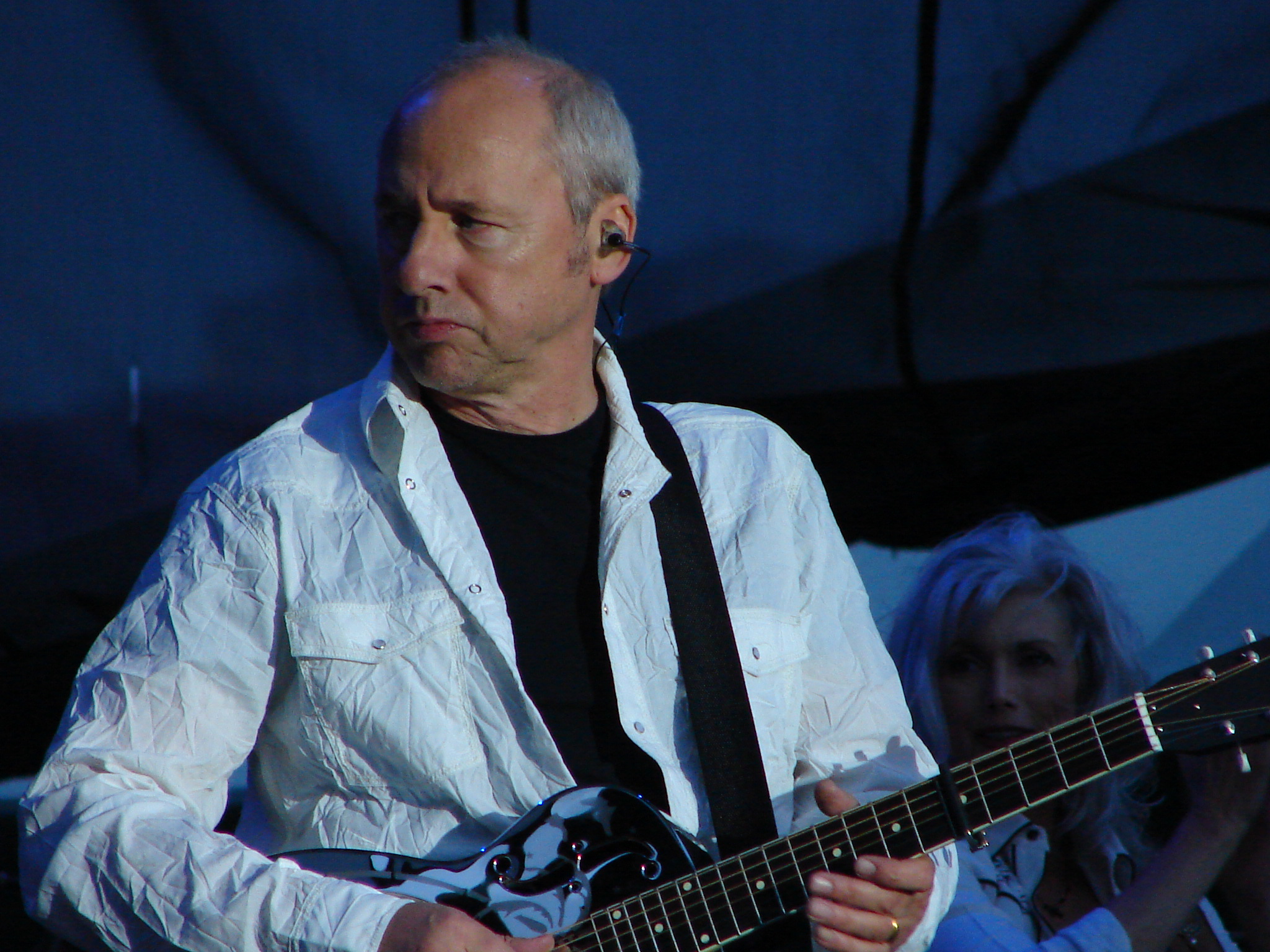 Mark Knopfler was born in Glasgow, Scotland on August 12, 1949. He spent his teenage years living in Blythe his mother’s hometown located in north east England. Knopfler always had a keen interest in music first being influenced by his uncle’s harmonica and “boogie woogie” piano playing. Through his school years and into his 20’s he played in many bands but chose to make a living with his writing talents. He studied journalism and obtained a degree in English from the University of Leeds. He worked as a reporter and then decided to work part-time as a lecturer at Loughton College so he could pursue his musical career.

Mark Knopfler is best known as the front man for the rock band Dire Straits. The band was formed in 1977 with Mark’s brother David, Pick Withers, and John Illsey forming the original line up. In the band he found his first commercial success and Mark’s many talents as a musician were showcased. He is a prolific songwriter. He draws his inspiration for his lyrics from the people he has known and his life experiences and often creates characters to tell the stories in his songs. Knopfler also has a distinct guitar playing style which he attributes to two things, a south paw he plays guitar right handed and finger picking. He is considered one of the best “fingerpickers” in the industry something you generally only see done by acoustic guitar players, Mark usually plays an electric guitar. The storey goes that Mark was playing an old acoustic guitar with some friends that was in such bad shape that it could only be played by finger picking, as he played he felt “he had found his voice in music”.

In 1995 Dire Straits dissolved and Mark pursued a solo career which has been very successful. He has also done collaborations with an impressive line up of artists, written musical scores, and played in other groups. It is very evident in his solo work that Mark draws from many different musical styles which has given his work an enduring quality as listeners always know they will be hearing something new.