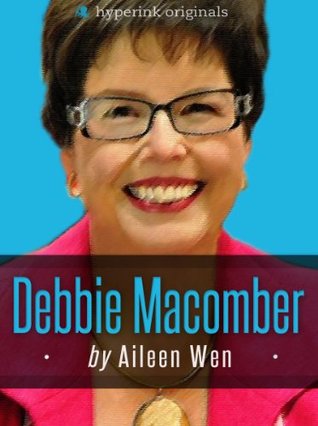 Debbie Macomber’s story is one that I find very interesting. She has millions of copies of her books that have sold out there in the market, and I would bet that not many people know she is dyslexic. Debbie never went beyond high school, and still without a college education or anything, she became a great writer-Wow! Debbie is originally from Yakima Washington, born on October 22, 1948.

Debbie started her writing career with her four children at home, and being a housewife. Debbie would sit at her kitchen table at home, and write stories on her rented typewriter. This is how she developed her first manuscripts. Debbie kept on and on writing, even though the publishers she would mail her manuscripts off to kept on rejecting every one of them. I would think that this would be discouraging after awhile, but apparently not for Debbie. The rejections of her stories kept up for 5 years at least. As a last resort finally, Debbie turned to magazine article writing. This worked out with magazines, and she received small payments from various ones for her work.

To help her really get started where she wanted to go, which was obviously in writing full-length novels, she attended a writer’s conference. Some editor from Harlequin Publishing gave Debbie an extensive critique of her work. The critique was a big letdown, and the editor as much as told her that the story was not good. Still not willing to give it all up, Debbie tried again with Heartsong, that the Harlequin editor rejected. She sent the novel off to Silhouette Books. They bought the book.

As far as the first novel that was ever published, that was her second manuscript which was Starlight, published back in 1983. Feeling encouraged when this novel was