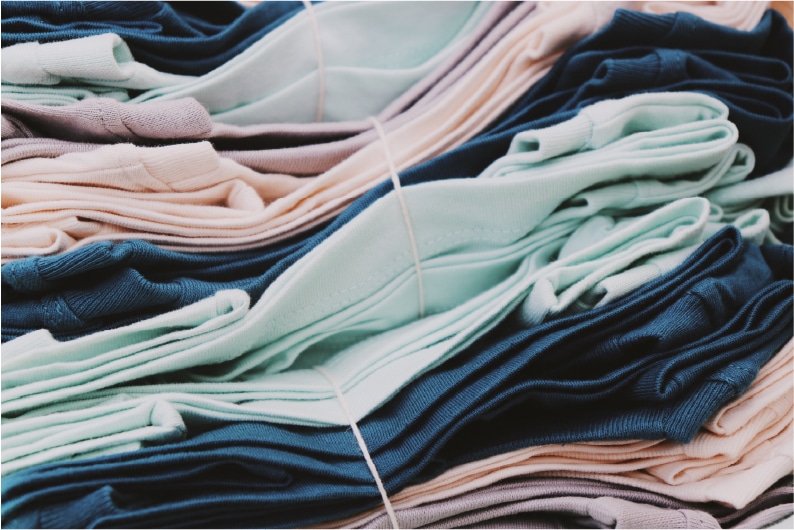 Are your clothes poison? If they aren’t organic fiber clothing and washed in safe laundry detergent, the answer to that question is “yes.” Non-organic clothing contains residues of pesticides, formaldehyde, chlorine, and synthetic chemical dyes.Chemical residues from the cloth of clothing, along with the chemicals from the detergents used to wash it, are absorbed through the skin throughout the day.

Skin is the largest organ in the body that readily absorbs the toxic chemicals that it comes into contact with. The cloth from clothing and bedding rests against the skin 24 hours a day, introducing more and more toxins into the body day after day. Many of these toxins have been linked to numerous health problems including allergies, insomnia, immune disorders, cancer, and more.

It requires almost the entire weight of a cotton t-shirt in fertilizers and pesticides to grow the cotton for it. Of the most commonly used pesticides, seven of them are suspected or known to be carcinogens. Non-organic cotton is one of the most environmentally destructive crops to grow.

Non-organic cotton cloth in clothing is bleached and chemically dyed before being treated with formaldehyde which is known to cause respiratory disorders and insomnia. Additional chemicals are used to resist shrinking and wrinkling and to make it more resistant to fire. These chemical residues are absorbed by the skin.

Due to increasing awareness and demand, organic cotton, linen, hemp, and wool clothing products are becoming more easily available. In addition to being free of toxins, organic cotton products are more breathable, softer, and more comfortable while being more resistant to perspiration.

Non-organic laundry detergents add more toxic residues to clothing. Detergents contain chemical surfactants including Alkyl phenoxy polyehtoxy ethanols and Linear alkylbenzene sulfonate that have been implicated in a number of chronic health disorders. Most detergents also contain petroleum-based fragrances that are a frequent cause of allergic reactions. These chemical residues remain on clothing to be absorbed through the skin.

The chemicals contained in detergents are also environmentally destructive when they are washed into our water systems. The phosphates traditionally used in laundry and dish detergents are known to kill plants and fish, and have been banned in some states.

Replace toxin-containing detergents with organic detergent that is biodegradable and non-toxic for machine washing clothing. Organic detergent is environmentally friendly as well as free of chemical dyes, perfumes, and solvents that can cause or exacerbate health problems, especially in children and those who are immune compromised. Safe laundry detergent helps to ensure that organic clothing remains free of health-compromising toxins.

Consumer demand is making organic products easier to find and more affordable. Ask your retailers to carry organic laundry detergents and organic cotton products and then support those manufacturers with your purchasing decisions. 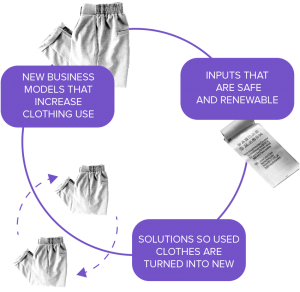 The Nature of Dress: The Broader Purposes of Fashion